It’s impossible not to be impressed in some way by the following ramps, whether it be due to their size, purpose, or location. They range from being incredibly dangerous to lifesaving but are all daunting to some degree, even when you’re approching them in your mind, from the safety of your living room. 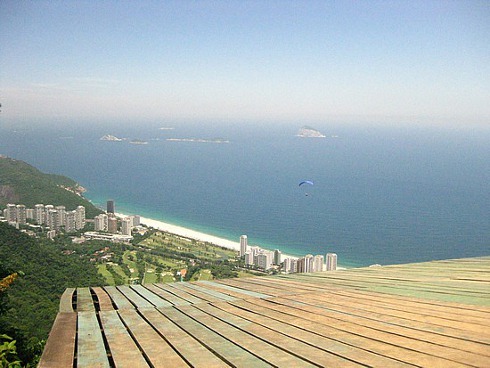 There are numerous ways to launch a hang glider, including running down a hill until fast enough to foot launch; being towed behind a plane and then released at the desired height; or even towed by a boat in similar fashion. Pictured above is another method that for some reason daunts me more than most: the launch ramp. Around the world many of these structures can be found in the highest of places, overlooking immense drops and spectacular landscapes. All there is to do is run to the end, push off, and glide.

Here’s some footage from the top of a hang gliding launch ramp in South Korea: If there’s one in particular thing that would out me off even attempting a skiing or snowboarding freestyle jump, it’s the landing. It goes without saying really, but without the added headache of needing to land so as to protect yourself from serious injury or death, racing down a huge ramp on skis suddenly becomes far more attractive. This is where water ramps come in. They’re basically training structures for freestyle skiiers and snowboarders that take away that very headache by adding a pool of water below the jump rather than an expanse of hard snow.

This is the outcome: The sheer scale of the Masada Ramp is incredible, reaching at its tallest point a height of 375ft. It was built in the year 73 by a 4/5’000-strong army belonging to Roman governor Lucius Flavius Silva, the purpose being to offer a route to the top of what is essentially an enormous chunk of rock sitting in the Judean Desert, then home to a previously unreachable Jewish fortress. Professional skateboarder Bob Burnquist decided to go the whole hog when introducing a ramp in his back yard back in 2006, and ended up building the world’s highest mega ramp on which to practice his art. It still sits behind his home, a ridiculous 8-storeys high, and cost a whopping $280k to have designed and built. It’s so large that it can clearly be spotted on Google Maps.

This video will provide all the nerve-wracking footage you need: 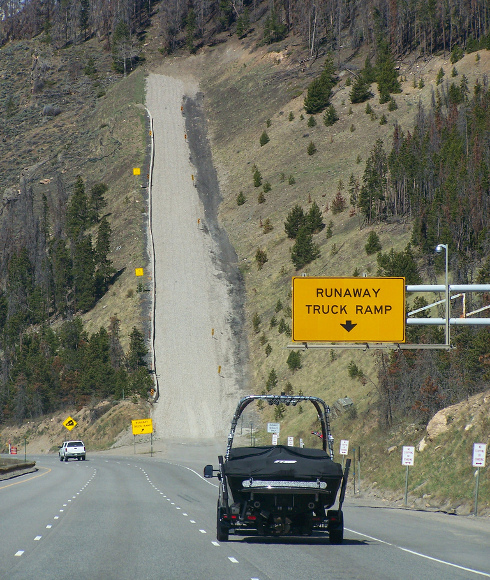 Should you ever find yourself racing down a hill in a truck whose brakes have failed, keep your eyes open for a runaway truck ramp, as seen in the photos above, as one could easily save your life. They’re apparently quite common in mountainous regions of the US and have existed for decades, occasionally offering a vital alternative braking system for drivers in malfunctioning vehicles.