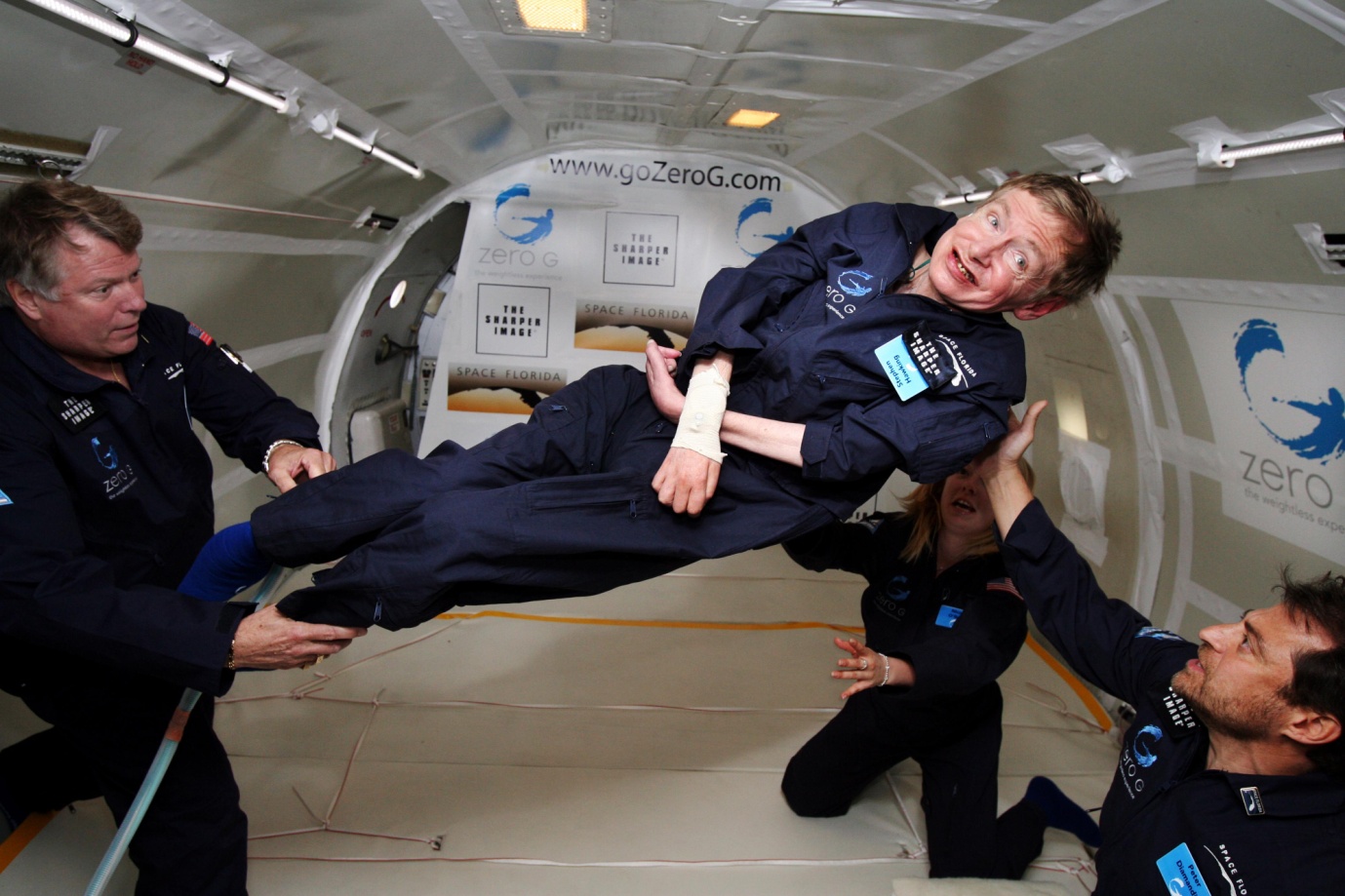 We may accuse him of treachery for speaking in an American accent, but the world famous British physicist Stephen Hawking is one of science’s prized minds and a household name to anyone who doesn’t call the damp patch under a rock home. Does his disability contribute to his fame? Arguably yes. There’s no doubting he’s one bright spark, but do you see James Watson, who co-discovered DNA, starring as himself on The Simpsons or Star Trek? Nope. Part of the amazement of Stephen Hawking is the tragedy of how he is one of the world’s greatest minds, yet he cannot speak, let alone move. There’s no doubting his joy at experiencing zero gravity though, look at that cheeky smile.

His baseball talent came straight out of leftfield

Mordecai “Three Finger” Brown is one lucky swine. Not only does he have one of the coolest names imaginable, he used his missing index finger to his advantage, throwing one of the meanest curveballs in the history of Major League Baseball. One man’s handicap is another man’s opportunity, it would seem as lucky ol’ Three Finger threw 1,375 strikeouts in his glittering 13 year career, which saw him ply his trade largely around the American Midwest. He primarily played for the Chicago Cubs when he took them to their last World Series title in 1908, before the onset of “the Curse” that has seen them trophy-less for more than a century. A rock and a hard place

Imagine for a moment that the little clipper device on this fella’s prosthetic was one side a pretty big rock while the other was a mountain range and his little thumb was, in fact, his now departed right arm. That pretty much explains the fate of Aron Lee Ralston, a man whose mental fortitude allowed him to self-amputate his arm using a decidedly blunt multi-tool when it became wedged in place by a rock in Utah in 2003. The whole ordeal lasted a crushing five days and inspired a Hollywood film entitled 127 hours, where he was played by the pretty boy James Franco. You could say it is his strength and courage that made him famous, but that would be forgetting that he would now qualify for the Paralympics. Raise a hand (just one) to Rick Allen’s drumming talent

I’m sure Def Leppard’s Rick Allen would be up in arm(s) at the notion that he is famous simply because his arm was severed by a seatbelt in a car accident in 1984. He may have a point. He was an excellent drummer before the accident and he was already the member of a globally successful rock band. On the other hand, the fact he managed to carry on drumming with one less limb is really why so many people know who he is. Remember, this is a drummer we’re talking about. That guy lurking in the shadows at the back angrily hitting things for the sake of percussion. No one takes photos of the drummer or asks them for their autograph, unless, perhaps, we’re talking about Phil Collins. Traditionally, they’re as celebrated as St George’s Day. It’s there, it’s probably important, but no one really cares. So there must be a reason why when you search “Def Leppard” on Google the first thing it suggests is “drummer”. While loving relationships generally form between two consenting adults, there are sometimes some anomalies in the world. A few Mormons out there opt for a few wives, rather than one, while you may even come across a few animal-lovers on a stroll in the Brecon Beacons. However, world archery champion Erica Eiffel really takes the cake. She is what is known as an objectophile. Rather than falling for other homosapiens, she finds herself getting all hot and bothered around soda streamers and Remington shavers. After a tumultuous 20-year relationship with the Berlin Wall, she couldn’t take how touchy feely others were with him, with tourists often taking home chunks of her loved one. Not to worry though, she moved on during a trip to Paris in 2004 when she first caught the eye of the distinctly more phallic Eiffel Tower. After three years of static passion, they eloped during a commitment ceremony in 2007. While she was off making headlines with Eiffel, no one spared a thought for Lance, perhaps the most important object in her life. Her relationship with the competition bow had helped her pave a career as a world-class archer after she was discharged from the army for sleeping next to a sword that helped her survive an assault. Unfortunately for Lance, huge structures of historical significance are more her type.